Stonewater has been nationally recognised for its achievements in promoting inclusivity and diversity.

The organisation which was accredited as an ‘Advanced Employer’ in the Ethnicity Maturity Matrix last year has recently been announced as a top 10 Outstanding Employer by the Ethnicity Awards. 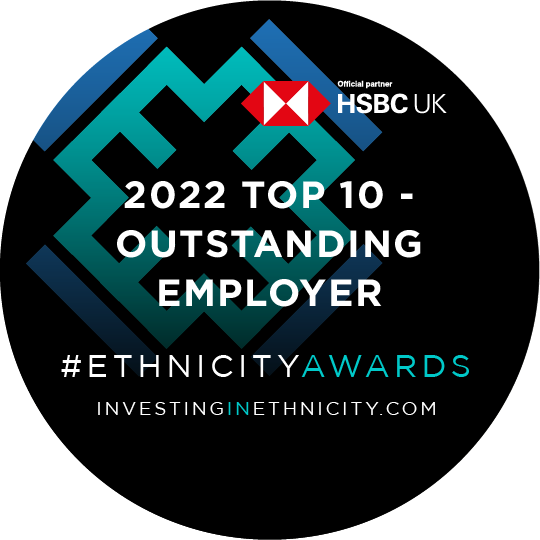 Stonewater is the only housing provider to be recognised as an outstanding employer, in this year’s top 10 alongside high profile organisations such as Moody’s, National Grid and KPMG.

The awards, set up by the Investing in Ethnicity campaign in 2018, recognise those organisations who are making progress towards ethnic inclusivity by sharing best practice and demonstrating continuous improvement in this area.

The judging process sees the winners independently chosen by an expert panel, through a structured judging process based on their completion of and scoring on the Investing In Ethnicity Maturity Matrix. The winners will be announced at the annual ceremony, which will be held in October.

Since its formation in 2015, Stonewater has worked hard to embed inclusivity and equality of opportunity in the workplace and its services.

This has included the creation of colleague forums and initiatives to raise awareness of issues, celebrate diversity and tackle barriers faced by minority ethnic and other under-represented groups across the organisation.

Stonewater’s black, Asian and minority ethnic networking group – 2GeTher – has now harnessed the Maturity Matrix’s key areas of assessment to create a framework to further improve equality, diversity and inclusion throughout the business.

Nicholas Harris, Chief Executive at Stonewater, said: “I am proud that our work to promote equality and diversity has been recognised in this way alongside such well-established and prestigious organisations.

“It reflects our commitment to have a truly inclusive culture at Stonewater that not only means that Stonewater is a great place to work but that our team reflects the full breadth and diversity of the communities we serve.”

While we are aware we still have work to do to ensure that particularly our Executive and Senior Leadership teams represent our communities and customer facing colleagues, being included in the Top 10 outstanding employers shows that our commitment to inclusivity is making great strides towards being the organisation we want to be.”